Meet Barry in care for 3 ½ months after he was attacked by a dog.

A local resident found Barry at the end of December 2014. Barry was high in a tree so we contacted our local tree climber to help rescue him. Barry put on a big fight and we were forced to abandon the rescue due to the stress on him. We watched his movements over the next day but he stayed high in the tree. Unfortunately at some point he moved and we lost sight of him for a few days until he was located again on the 4-1-15 by another resident sitting in her backyard.

Barry lived inside until the wound had closed completely and hair had started to grow.He then was moved to the outdoor enclosure. He continued to gain weight and heal well and finally we were overjoyed to announce his release on the 22-3-2015.

Initially Barry wasn’t expected to live with tissue damage a major concern we were unsure whether the wound could ever successfully heal and grow fur again.

Barry left the shelter a healthy weight of 11.27kg; he put on nearly 2kg in care. Barry has been micro chipped and ear tagged for identification in the future.

Barry is an amazing success story. 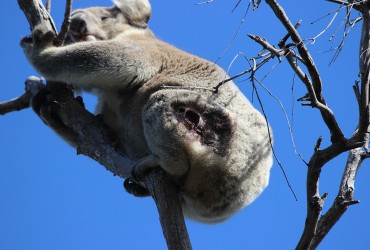 Prior to rescue high in tree 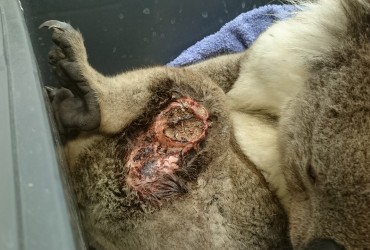 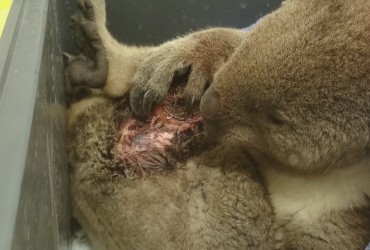 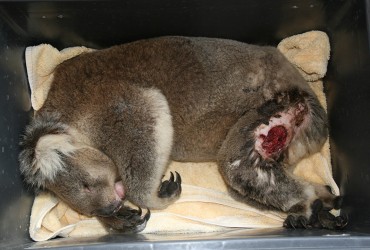 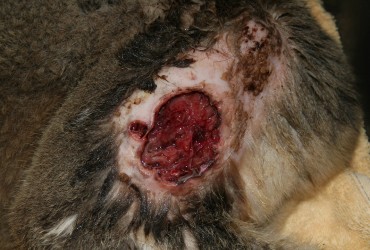 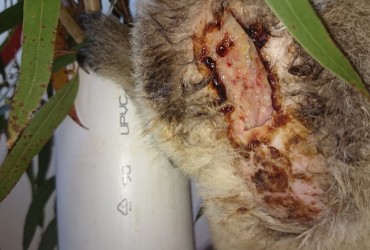 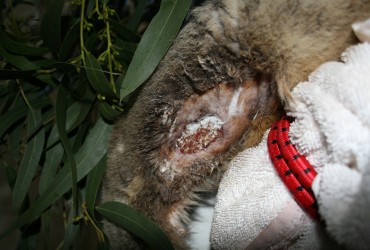 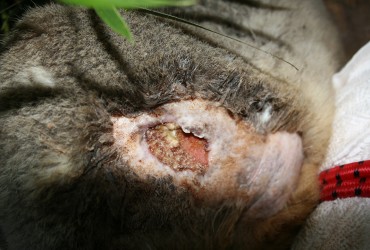 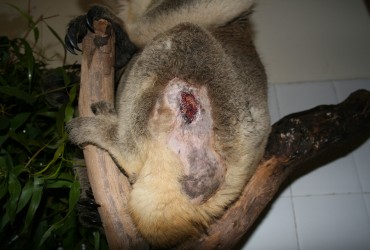 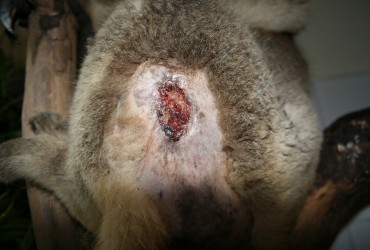 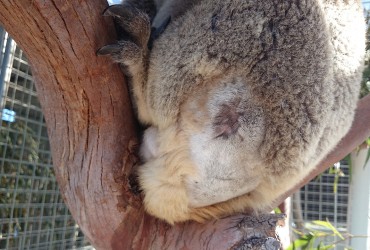 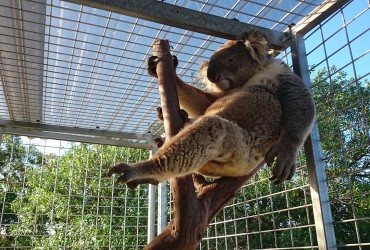 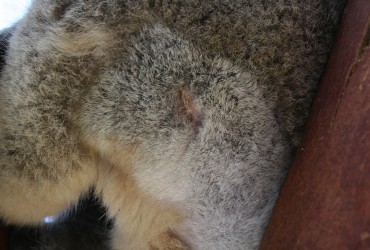 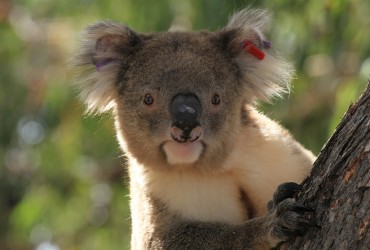 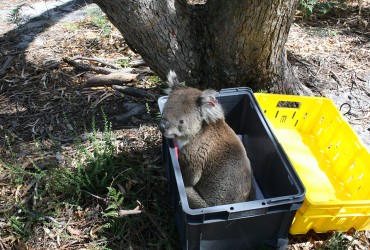 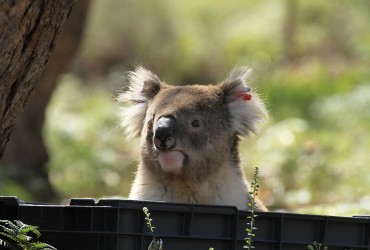 Barry coming out of his cage 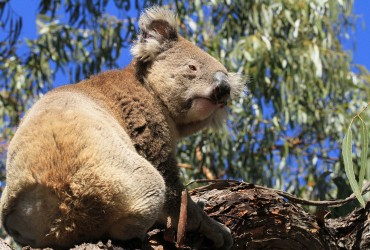